You aren’t sure what, exactly, but something is definitely odd.  You peer around you, trying to place it. Everything looks how you remembered.  The sand is cool beneath your feet—wait, didn’t you have shoes a moment ago?—and you curl your feet around the miniature sand dunes.

The sun—no, there is no sun. A moon.  Three moons?  They’re bright, and if you hadn’t looked at the sky and spotted how many stars there are, you might have just assumed it was that twilight phase, between day and night.  But it appears to be night.

There’s a girl.  She’s standing nearer the shore, although you realize when you see the waves that you had no idea there was a beach here.  Silly. Why else would it be so sandy and cool?

The girl looks up, and when she spots you, her face lights up and she gathers up her skirt so she won’t trip over it as she runs towards you.  She’s barefoot, too.  Her dress looks like the sun—yellow and orange and too bright to look at it. It’s out of place, here in the moonlight.

Oh. The loud one who talks too much.  You start to get a faint idea of what’s going on.

Soothing, actually.  You’re too far away to get your feet wet, so you just watch the water.

You realize Ereinne is still talking. Something about blog posts and trying something new and lots of fun.  Finally, she stops and looks at you—you can tell from the peripheral, because you still don’t want to look at her dress—and cheerfully says, “You’re stuck with me for this entire post.”

Honestly, you aren’t sure if you’re groaning or smiling.

“Description!” Ereinne cries, bouncing on her toes. How does someone even do that in the sand?  “You already noticed the beach, so let’s describe people.”

She bounces in front of you. Her dress glares at you. Your eyes sting.  “You see my dress?”

Well, yeah. How could you not?

“When describing someone, describe them how you would notice them,” Ereinne says. “So my dress is the first thing you notice. But what do you notice next?”

Notice next! This dress was going to make you go blind!

Determined to not wander into the depths of blindness, you lift your face.  Ereinne has ringlets of dark brown hair framing her face—obviously styled.  Otherwise, the most noticeable thing is how startlingly blue her eyes are in her round face.

“See?” she asks.  “You just describe what’s noticeable, and don’t worry about describing everything. You didn’t need to describe that I’m average height, or that I have very nice ears.” She brushes her hair back to reveal an ordinary-looking ear.  “You also can describe extra details through action later on, but don’t bog us down with details!”

Or info-dump us with dialogue, you think dryly.

“So that’s how you describe people,” Ereinne says, still with the same cheerful tone you’re starting to think is her normal voice. “Now your surroundings!”

Rain clouds appear in the sky.  They look stormy, although it’s hard to tell—maybe they’re just dark because it’s nighttime.  The rain starts as a sprinkle, but slowly grows harder.   The lightning—

“Whoa, whoa, WHOA,” Ereinne interrupts.  “What are you doing?”

You stare at her blankly.  You were…describing the rain clouds?

“No, no, no,” she says with an exaggerated head-shake.  “Firstly, never just describe something how it looks.”

Well…how else are you supposed to describe it?  Okay, you do know that you’re supposed to use all five senses when you describe something, but you don’t think you were doing that bad.

Ereinne keeps shaking her head.  “When you describe something, use all five senses—but also describe how it makes you feel.  Your emotions and feelings don’t just stop because you’re looking at something.”

“You know what also doesn’t stop?” she asks.  You have no idea, so you wait for her to continue.  “The action,” she says.  “You think that you’ll just hold still while the author describes it?”  She snorts, as if this is the most ridiculous thing she’s ever heard.  “Try to mix the description in with the action, so the story doesn’t seem to just ‘pause’.  Now, you wanna try again?”

The rain clouds from before roll backwards in the sky, as if the weather is being rewound.  You stare at it a little wonderingly, and then—

Storm clouds blow in out of nowhere.  Abruptly, the air is heavy and agitated—staticky, even.  You can almost feel it rubbing against your skin uncomfortably.  The clouds obscure first one moon, then the other two, shrouding the beach in darkness.

You frantically search the beach for some kind of shelter, but it’s too dark to see.  What should you do?

The thunder catches you off guard, and you startle at the sound.  Ereinne yells something at you, but her voice is drowned out by the sound.

Behind you, the sky lights up with lightning.  You try to remember—what should you do when you’re caught out in a lightning storm?  Hide under a tree?  No, no, not that…

You start running down the beach.  No way are you just going to stand there and wait for the lightning to strike you.  When the rain starts falling, in heavy drops that sting a little when they hit your skin, you’re hardly surprised.  You are quickly soaked.

There is no shelter on this beach, anywhere.  What in the world are you supposed to do—

The weather freezes.  You stop, startled all over again, and look around you.  A lightning bolt is frozen in the sky, halfway through jumping from one cloud to another, and the raindrops are just hanging in the air around you, as if waiting for permission to continue falling.

“Wasn’t that so much more awesome?” says a voice behind you.  You turn, and there’s Ereinne.  She’s as sopping wet as you, but her grin is as bright as her dress.  “See, there was action and emotion and—okay, we did make it a really extreme storm, but you have to admit, it was awesome.”

You just stare at her, and when you gather your words, you only have one question.  “What did you do to the rain?”

She waves her hand dismissively.  “Oh, I just paused it.”

“It’s a blog post.  I can do whatever I want.  It’s not like I don’t break the fourth wall all the time.”

You continue to gawk.  She continues to smile widely.

34 thoughts on “Coloring Your Descriptions (Bring Your Own Markers)”

If you’re new and wondering if I’ll have more posts than just Character Studies—hang tight! We’ve got some fun stuff planned. :D

Coloring Your Descriptions (Bring Your Own Markers) 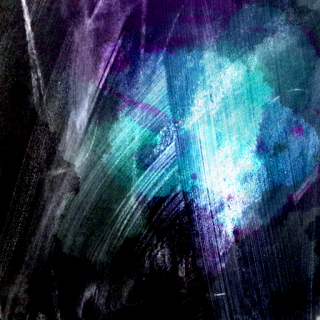 Morgan spent more of her childhood reading than anything else, until it occurred to her that she could write a story like what she loved reading so much. At the age of twelve, she decided to take writing more seriously, and then she never stopped. Although she went through difficult times, often suffering from bouts of self-doubt, she could never find it in herself to give up. Morgan's favorite way to exercise is by riding her bike, and she can never really decide what her favorite color is. She has a small collection of Lego houses.